Well folks – I’m the procrastinator that NEVER gets Christmas cards out on time…or ever. “I’ll write a Christmas letter next year!” And that never happens either.

To our friends and family:

As we got closer and closer to finishing 2018, I often thought – THANK GOD! I can’t wait for 2018 to be done and onto 2019. But that would mean I’ve been thinking about all the not-so-great events of 2018 and neglecting all the wonderful things that have happened for our family this past year…and since I’m a glass-half-full kinda girl, here’s all the things we have to be thankful for!

Last December we bought the herd of cattle Hubs has been tending to since he was still in high school. For those that don’t know, Bruce was like Hub’s grandad. They loved each other tremendously. So after Bruce died last year, his cows have now become our girls, which is only slightly over-shadowed by the fact that in January we bought Bruce’s farm. Bruce is missed every day, but we’ll always have a piece of him in that farm. (My boss often asks if I’ve bought any other farms – evidently being in debt up to your eyeballs insures his employee will be working her tail off. He’s correct.)

To some, buying a farm may not seem like a big deal, especially if you consider we come from farming families. But to us, it’s huge. Our families farm, but they have their own, separate operations. This is something we did by ourselves… in our early thirties, with a young family. We stuck our necks out to buy a farm we both love. A farm we hope to pass to our children one day. We’ve worked hard, but the real work is just beginning, and we’re so excited to give our Munchkin the opportunity to grow up this way. And it is an opportunity – a wonderful, stressful, glorious, magical opportunity.

Munchkin continues to amaze us. He’s growing like a weed – at 3 he is wearing 5/6 clothing, and sometimes thinks he’s at least 16. He drives anything with wheels like Mario Andretti, has fallen off a horse twice, and close-lined himself on the electric fence once. He finally likes his precious cousin (pseudo sister), and will agree to be in pictures with her – it only took 15 months! Unfortunately, he finds her to be messy, which isn’t cool according to him, despite multiple attempt to explain she’s just younger than him. Despite his squabbles with her, she loves him fiercely, and whether he admits it or not – if he doesn’t see her for a single day – he asks when he’s going to. 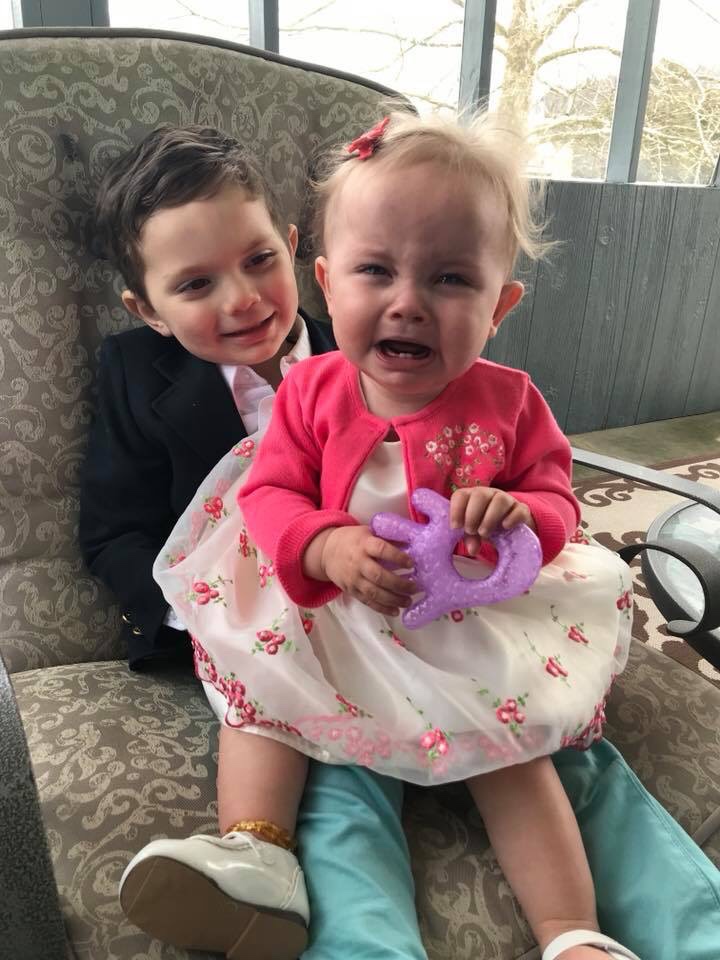 Hub’s business partner and his wife have a little one two months older than Munchkin. We knew they’d be close, they have no choice. But it’s special none-the-less to watch these two wild boys. Who recently were so covered in mud they had to ride home in their skivvies. Boys will be boys, right?! 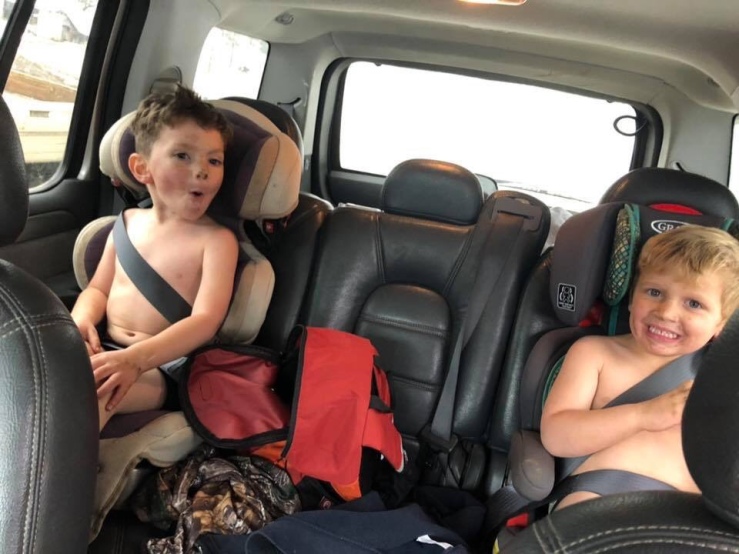 Munchkin has also recently entered the dating market and (according to him) is anxiously awaiting a good girlfriend. Here are his requirements:

Will sleep with him because he doesn’t like to be alone.

(I swear this is his unprompted, direct quote, list. How does a three year old possibly think about s*** like this?!?1)

Munchkin started preschool in September. His teacher is Mrs. Perkins and I think she’s an angel. He can now sing his ABC’s, count, and say the pledge of allegiance! His vocabulary is extensive….sometimes TOO extensive. I can’t blame that on preschool, but it is funny. He enjoys insulting his daddy (the only person he’s allowed to insult) with things like “YOU BIG BUCKING BULL!” Which is great, until he yells it in public and people think he’s yelling something that rhymes with bucking… So, yeah…we had to end the “bucking bull” insults.

Hubs is busy – like always. His best friend got married in May and he was only sad they didn’t have a full-fledge Hangover reenactment for the bachelor trip…the wedding was close, and it was a blast! He continues to improve his karaoke skills and does particularly touching renditions of Strawberry Wine and Stay (Sugarland), but his favorite will always be “Tina at the Teardrop Inn”, followed by anything by Blackhawk.

(Hubs wanted to know how they got that sock on that tree – ummm it’s a tree scarf, which is admittedly weird, but definitely not a sock…)

Molly and Sadie (our Border Collie and Aussie) are doing well – “the girls” as Munchkin calls them have had an interesting year. Molly is still alive, which is great, since anyone who knows her knows she’s a bit of a problem child. (Understatement of the century.) She’s most definitely outlived the standard cat’s nine lives and we’re hoping she’s got 18. (She’s probably used 15 of them…) She did have a gallbladder attack this year that scared the crap out of us. Sadie….oh Sadie. She had her one and only litter of puppies in January, she was spayed in August, and she adopted and started nursing two random kittens in September. Then got mastitis from nursing the kittens, went crazy, ran away, and luckily was found 24hours later. She made a full recovery, but unfortunately still likes cats…

And me? I’m just happy. I’m happy to have a husband who always works hard for our little family, a son who lights up our world, family that’s been there for all the highs and lows, and friends that know how to make you have a good time even when you don’t want to. I love my job and my customers and I’m thankful to work for a really cool company.

(Please notice the background = life with a 3yo.)

This little family is ready.

Hey, everyone! I’m a born and raised farm girl who married into another farming family. I love tractors and heels, cows and a great black dress, raking hay and cooking big meals! I’m a wife to my hubs and Momma to my munchkin. View all posts by farminginstilettos